I was delighted to hear that Sharon Swim Wing, who has devoted a considerable amount of time over the past decades to researching the 1939 Fokine/Rachmaninoff/Soudeikine ballet Paganini, has been able to mount a small exhibition relating to the ballet, its creation and its collaborators at the Napa Valley Museum as part of the Festival del Sole held in the Napa Valley, California. The exhibition runs throughout July.

Wing first became interested in the story behind Paganini while living in Moscow where she began intensive research into the life of composer, conductor and pianist Sergei Rachmaninoff. Over the subsequent years she pursued that interest around the world and her research included meeting up with a number of former dancers who had performed in Paganini. They included Irina Baronova, Tatiana Riabouchinska, and Tatiana Leskova, all of whom created roles in the work for its premiere in London in 1939. From Riabouchinska, Wing acquired the Soudeikine-designed, soft pink dress worn by the Florentine Beauty, the role created in London by Riabouchinska and then danced by her throughout Australia with the Original Ballet Russe. 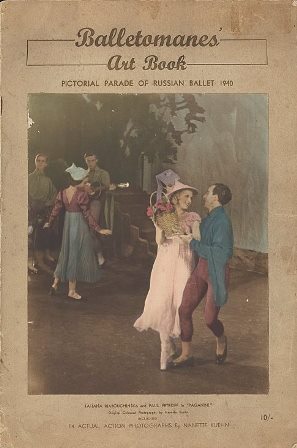 The exhibition in California includes the Florentine Beauty costume, reproductions of the Soudeikine designs, some photographic material and items relating to the Rachmaninoff score, Rhapsody on a Theme by Paganini, including the piano reduction of the score used when the de Basil company was touring in South America. This item was kindly donated by Tatiana Leskova. In addition Wing has included portraits of the dancers in Paganini painted by Boris Chaliapin in 1941, which highlight the close friendship between Rachmaninoff and Boris Chaliapin’s father, the singer Feodor Chaliapin.

Perhaps the most interesting aspect of Wing’s achievements relating to Paganini, however, is that she has been able to have a small excerpt from the ballet presented as part of the Dance Gala that accompanies the Festival. The excerpt was performed on 19 July by Ballet San Jose. The performance was accompanied by the Russian National Orchestra under the baton of George Daugherty. There are plans for the ballet to be reconstructed in full at a later date.

See also my post dating back to September 2009 in which I set out some details of the production of Paganini and its Australian connections.

UPDATE 21 July 2013: I came across these two photographs of scenes from Paganini as performed by de Basil’s company in South America. Both come from the album of photographs assembled by James Upshaw. The first one is on a page headed ‘Cordoba’ so is most likely from 1942. The other is on a unmarked page and cannot at this stage be dated with any certainty. 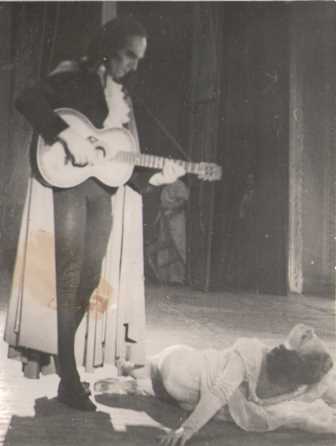 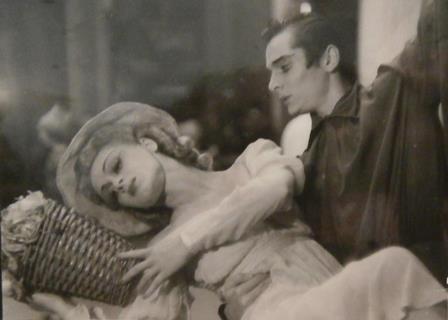 4 thoughts on “Paganini. An exhibition and reconstruction”